- March 01, 2022
It's been a full year since we published THE GATES OF CHAOS.  A lot has happened for a lot of us. Tim Eagle (who published his story as Jim Falcon) has taken the publishing world by storm.  He's written 9 different books (10 if you count his combined edition of the three stories related to Stevats, including the one published in TGOC).  Tim's on fire! He is publishing on Godless and on Amazon. James Miles was the first writer to get his story done for TGOC.  James has done well too, publishing a novella and a short novelette, also both with Amazon and Godless.   Jesse D'Angelo has written and published three novels and a short story collection over the past year.  Jesse has been another very productive writer first published in TGOC. N.M. Brown, Chris Stenson, A.M. Dodds-Wade, and Valkyrie Kerry have all been busy writing, as have BT Noonan, Rob Harman, Florence Marlowe, Wayne Hartshorn, Brianna Van Riet, and Nelson Hurley.   Will Jacques, the pen-and-ink artist who
Post a Comment
Read more

Please check out this channel on YouTube, where the incomparable Jesse D'Angelo talks writing and horror with watchers and listeners!  Jesse is responsible for two stories in the anthology! STORY TIME WITH JESSE (Episode 10 link)
Post a Comment
Read more

Scroll down in the Rusty Chair archive to read our feature on Candace Nola's terrific site, Uncomfortably Dark !  The feature includes a short mini-review and interviews with the authors and the publisher (me!).   Enjoy!
Post a Comment
Read more

Rob Harman is Back!

- May 19, 2021
(Rob Harman gives us a look into his second story in the anthology, titled "Fame Immortal") 'Dad, what does the Devil look like?' I'd asked at a tender age. 'He's dirty, shabby and angry,' he'd replied without hesitation,  'think of him as a mad tramp.'  This had been deeply disappointing since I'd recently had my first taste of Hammer horrors and their TransAtlantic cinematic rivals, where I'd imagined him to be a suave, witty, urbane gentleman like Christopher Lee or Vincent Price. Naturally my Father's perception of Satan had been formed by his own  upbringing in London's East End, a place reduced to rubble by the Luftwaffe and still struggling under rationing. Later, I too was to reimagine a more realistic vision of "Old Nick". And so onward with my story where we revisit the myth of Faust and the infernal deal he seals. Should it intimidate me to  follow in the cloven footsteps of Literary giants such as Chri
Post a Comment
Read more

- April 19, 2021
A series of strange coincidences (or synchronicity, to some) served as inspiration for my story "4 Brothers, 3 Sisters". Following the bereavement of my Mother (and confident the remainder of my family were coping well enough) I embarked on a long-held ambition to travel to the Far East.   In one such place (Capiz in the Philippines, where I was later learn to be a magnet for Witchcaft and Shamanism: to be continued!), I became familiar with public transport vehicles known as Jeepneys. These vehicles were often customised with chrome fittings, curious trinkets, garish paintwork and personal slogans placed across the top of the windshields.  One in particular caught my eye - subsequently becoming the title of my tale- since it was the exact amount of siblings until only recently within my mother's family. Perhaps even more uncanny still was how shortly afterwards this number was to decrease in rapid succession.  Merely a series of strange coincidences? Judge for yourselves
Post a Comment
Read more

- March 23, 2021
So I'm going to start out by admitting that I don't know what I'm talking about.  I'm using the terms "linear" and "non-linear" in a specific way, to describe certain observations I make about stories I've read.  I'm also using them to talk about my own writing, my successes and failures as a writer, and what I try to do to make it better. "America's Pastime," my entry into the Gates of Chaos anthology, was very much a linear tale when it was written.  I wrote it in the 1990's for a contest that was called "The Publican Brief."  (The contest name was a mashup of a popular John Grisham novel and the name of the Delphi forum that I helped to run.)  We were given six words and an opening sentence for this particular contest.  Some of the contests only gave the six words.  Some gave opening sentences.  Some gave a topic.  I recall that this one was both because I remember the opening sentence:  "All things are fou
Post a Comment
Read more

- March 22, 2021
With 2020 being what I love to call, ‘the year of the toilet’, life took an unprecedented turn for most of us. Tensions also ran higher than ever due to social and political issues, while all of us were quarantined to the safety of our homes with not much else to do than stew on it. That, and bicker with strangers and acquaintances on the internet.  The latter of these two is what caused the first sparks of creative genius that led to this anthology’s birth. As more and more groups lost focus and descended into utter chaos, we decided to do something not many others were doing at the moment and band together to create something positive. Everyone involved was very pleasant to work with and the project as a whole went smoothly and without a hitch. Considering the hell the rest of the World was stuck in, I see the collaborative process we’ve achieved in and of itself as a success.  I was one of the newest of the group and was beyond thrilled that I was offered the opportunity to work wit
Post a Comment
Read more
More posts

The Gates of Chaos 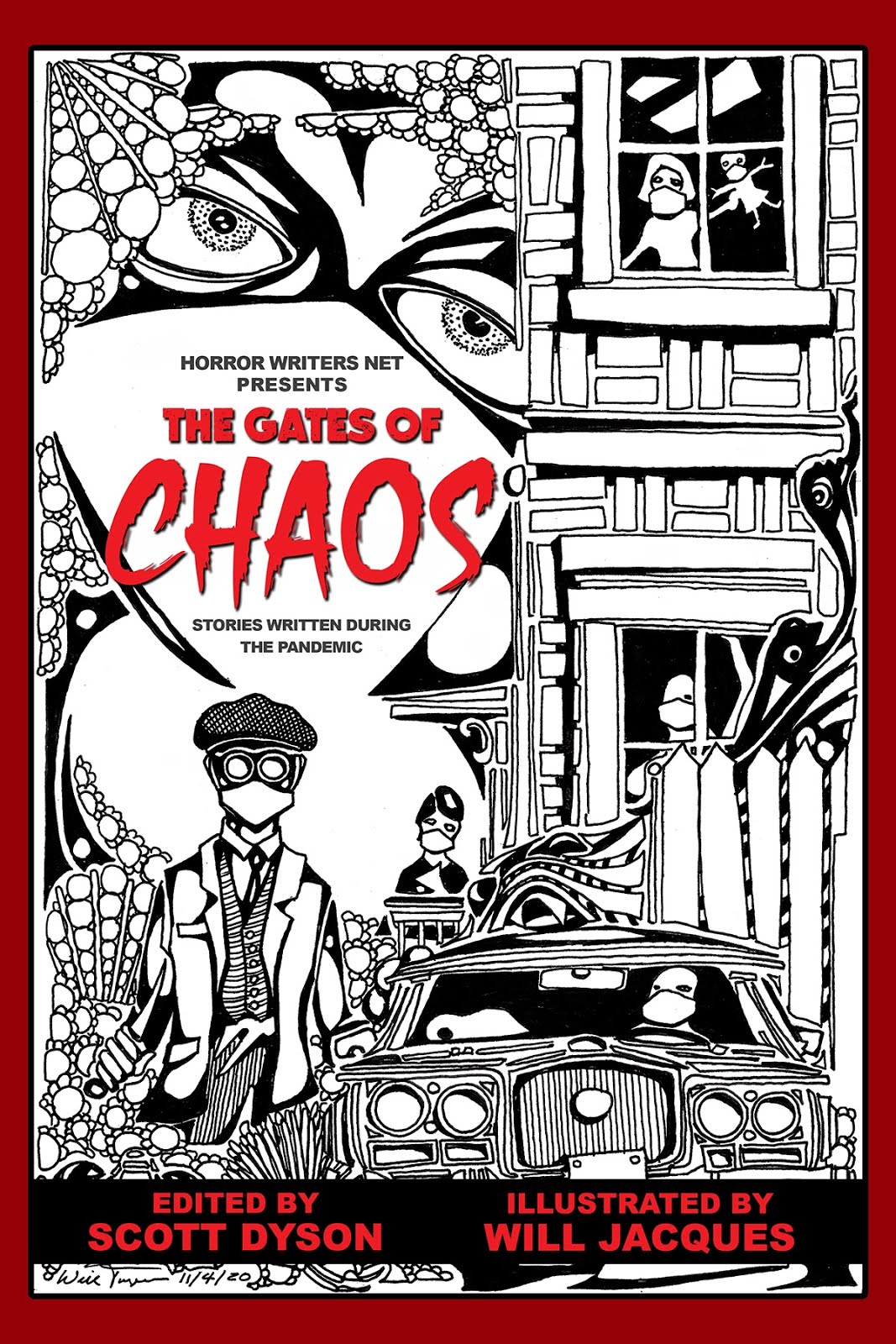